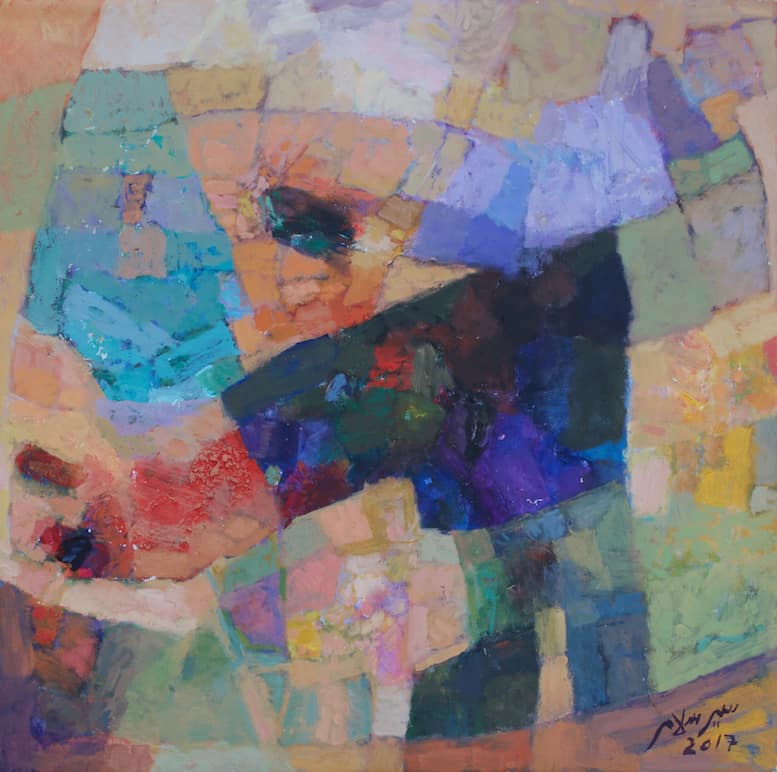 Zawyeh Gallery is pleased to present a retrospective exhibition by the renowned Palestinian artist Samir Salameh (b.1944). Curated by Khaled Hourani, the retrospective includes various artworks that reflect the experience of the artist over the past years since he held his first exhibition in Dera’a, Syria, in 1963. Salameh has a rich experience that contributed to plastic arts in Palestine and abroad. His style is dominated by his own language and methods in painting and coloring, which he carefully developed with time while learning from his domestic heritage and opening himself to the world with its cultural diversity. Throughout his artistic path, Salameh presented more than seventy solo and group exhibitions hosted in Arab and foreign capitals. His artworks varied between realistic and lyrical abstraction, with the use of Arabic calligraphy and oriental themes. His works also included calligraphy, watercolor painting, prints, and others.Samir Salameh is distinguished from artists from his generation. He is part of the first group of Palestinian artists who witnessed al Nakbah and suffered in its aftermath. Even though his works have always been connected to his childhood which he was forced to leave early, he addressed people in his own pure language. Although he depended on his dreams and vanishing lives as the basis of his work, he did not try to record and follow up on events, knowing that others will and that this is not his mission. Instead, he chose to overcome his personal wounds. He chose to express his grief in a way that does not overload the audience. He is the one who carries others’ burdens without complaint. A sensible artist that is affected by the tragedies of people around him, his main concern is to lift up people’s spirits in real life and through his art. Through his creativity and strong visual culture, he can balance what affects him and what others expect from him.To contemplate the paintings of Salameh that are marked by their abstract compositions is to be lost in a vanishing paradise. We long for them as if they are the first well, and we must return to them again and again after each fight or battle in life to satisfy our thirst. So, what are these paintings trying to say to us in the beginning and at the end?

Samir Salameh was born in Safad, Occupied Palestine, in 1944. Following the Nakba in 1948, he fled to Syria with his family, where he studied painting at the Faculty of Fine Arts, University of Damascus, and graduated in 1972. Afterward, Salameh temporarily moved to Lebanon and worked with the PLO, creating posters and prints for its offices. In 1975 enrolled at the Ecole Superieure Nationale des Beaux-Arts in Paris and graduated in 1981. He settled in France and received a job in the Department of Arabic Literature at UNESCO Headquarters.

In 1996 he returned to Safad, trying with no success to find his old family home. He was awarded the Order of Culture, Arts, and Sciences by the Palestinian president in Ramallah, In 2005.

Salameh depicts abstract expressionist paintings using bright, luminous colors. Themes of landscapes also can be seen in his work, addressing the struggle of occupation and displacement. His use of glowing colors symbolizes a sign of hope for the Palestinian cause. Salameh passed away in France in 2018. 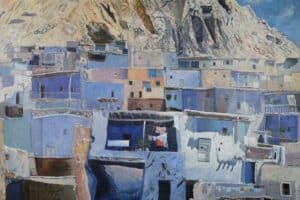 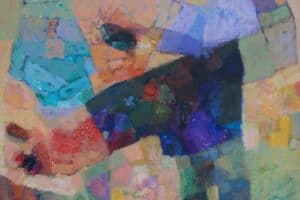 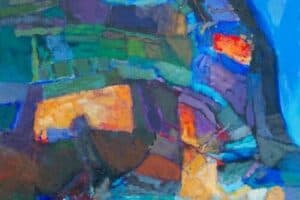 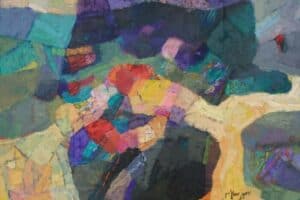 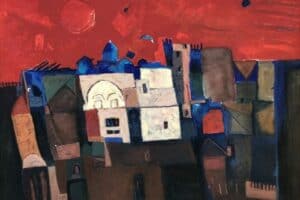 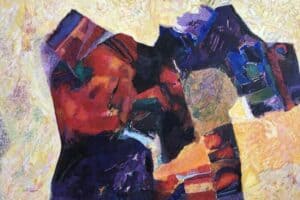 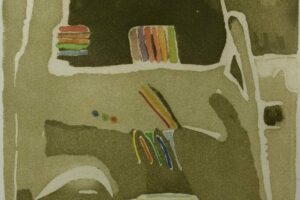 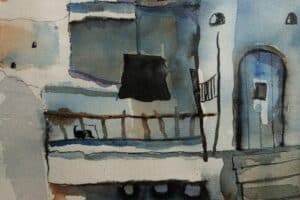 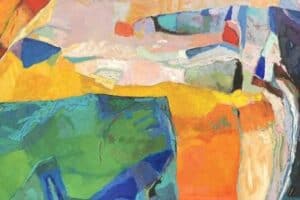 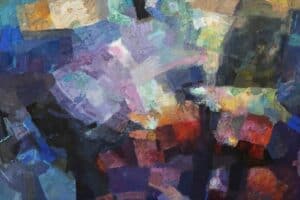 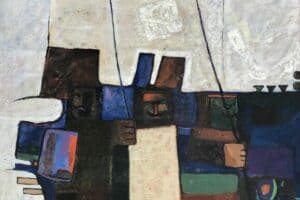 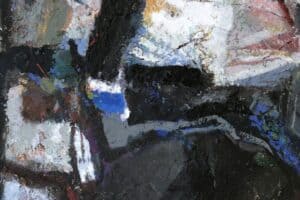 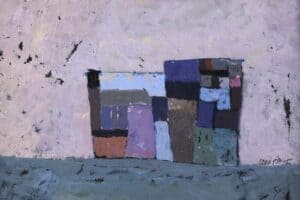 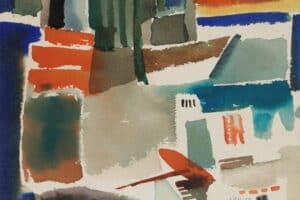 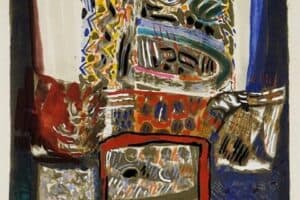 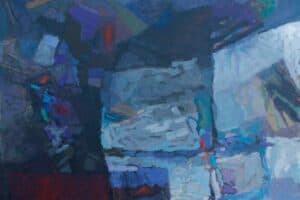