Zawyeh Gallery is pleased to announce the show ‘Weaving and Cracks’ by Palestinian Umm Al-Fahem-based artist Fouad Agbaria. The opening will take place on Saturday, 16 September at 7 PM.

Agbaria’s paintings replete with architectural and ornamental elements, such as those that were laid atop the floor of his parents’ home. These works echo childhood memories in the sense of nostalgia for home. Both the rug, an implement in the Muslim religious rite that is thought to play a quintessentially spiritual role, and the arabesque metaphor, expressing the wondrous and complex structure of the world and its harmonic perfection, are used by Agbaria in his account of the inanimate place where he lives.

The beautiful and colorful rug paintings tempt viewers to approach and observe the painted details. Concurrently, however, they raise viewers’ flesh by transporting them from one memory of time and place to a different memory of a different time and place. On one rug appears a bulldozer shovel, an instrument of destruction; on another we see an airplane with a swift red flourish of the brush; and at the bottom of yet another rug a warship materializes.

In these works, Agbaria creates a threatening inner domestic space that corresponds to Freud’s concept of desire or “a concept without a home.” In his conceptualization of desires, a paradoxical situation arises: the strange and the delusional, the dangerous and the cruel, are the opposites of the comfort and familiarity of home. In this dialectical encounter, the beautiful meets the threatening, and when the strange emerges from the domestic setting it is frightening. The separation of subject and object is disrupted when the representation of freedom and liberation (the drawing and movement of the brush) encounters its opposite (the wall, the border), which stops its forward motion.

Born in the village of Musmus near Umm El Fahm in 1983, Fouad Agbaria is one of the most prominent young Palestinian artists working today. A fine arts graduate and an award winning student, he attained a bachelor’s degree from Bezalel Academy, Jerusalem in 2004 and a master’s degree from Haifa University in 2014.

Since completing his undergraduate degree, Agbaria has painted prolifically often experimenting with different styles, techniques and media including charcoal, oil, acrylic and lithography. His catalogue of work to date has dealt with many themes associated with the Palestinian narrative, identity and memory. He has participated in over 20 group exhibitions and has held six solo shows. Agbaria lives and works in Umm Al-Fahem. 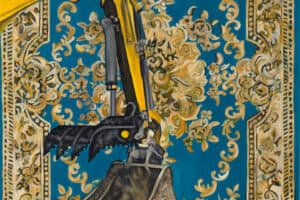 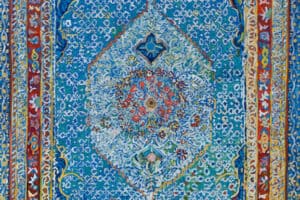 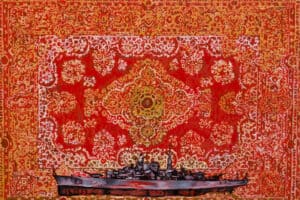 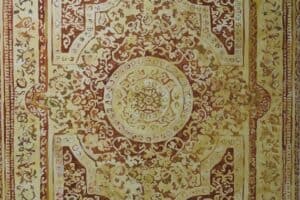