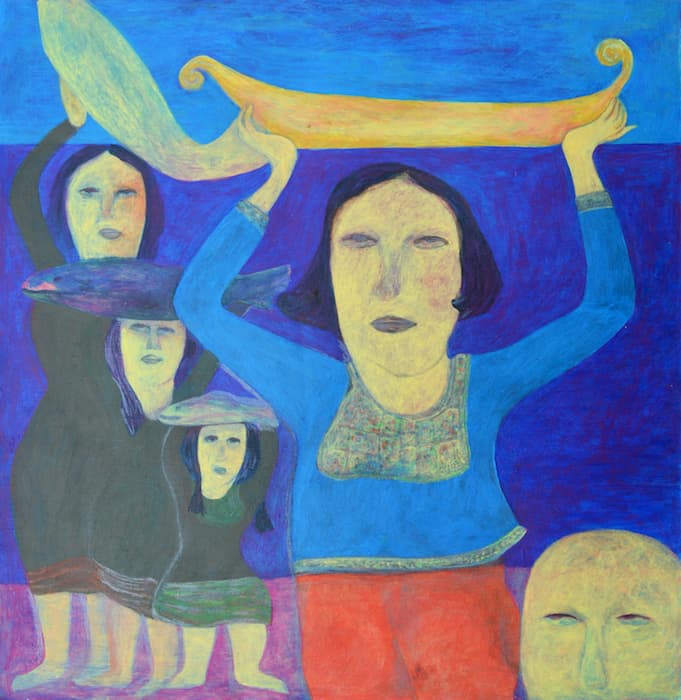 Ibrahim Al Mozain has always existed in multiple dualities, it seems, a state that could be said to be symptomatic of the Palestinian condition: between a refugee camp and outside, between exile and home, between leaving and returning. But dualities are not about being between; it is, rather, about existing in the same space at the same time, where binaries collapse and separations are overcome.

As an artist, Mozain has found a home, and maybe both an exile and sanctuary, in the physical art of theatre as well as the less tangible art of image-making in painting and drawing, although the two areas of creative life are not of course, mutually exclusive. In the theatre, transformations take place, the unreal becomes real, and actors metamorphose into something/someone else. The audience enters a state of willing suspension of belief and is temporarily lifted out and away from daily reality.

The process of transformation in the visual arts is different, although no less powerful. The theatre is an experience that occurs in time in one space, it is temporally contingent. Painting is also a temporal art, but in a different way. It can continue to exist. The images in these recent paintings are a fixed testimony to the artist’s visual explorations of hybrid dualities, liminality, and transmogrification. Blurring definitions and accepted truths, they feature bird-animals, women-men, fish-reptiles, amphibians that are born and live in water but breathe air, chameleons who change their skin colour to camouflage themselves and blend into their surroundings.

Such hybridities and shape-shifting are exemplified in Mozain’s visualizations of the Greek mythic figure of Tiresias, the blind prophesier, and clairvoyant who could foresee the future and understand the language of birds. As a form of punishment for hitting out at two entwined copulating snakes, Tiresias was transformed into a woman for seven years by the goddess Hera, the wife of Zeus. He returns to masculinity seven years later when he again passes by two snakes and, this time leaves them alone. But he/she also bridges other divides in his/her abilities to communicate between the sphere of the gods and the human world, between the living and the dead. With the powers of soothsaying, Tiresias ‘sees’ in other ways and is thus both blind and sighted.

In this world where boundaries are fluid and opposites fuse, where time has no weight, where the past is present in the future, and the future is present in the past, the dead and the absent co-exist with the living in their non-presence. They have not left and may return. The silence is loud with voices, and the blackness of the void is full of color-filled images.the loud silence by Ibrahim Al Mozain Palestinian Art Ibrahim Al Mozain Palestinian Art 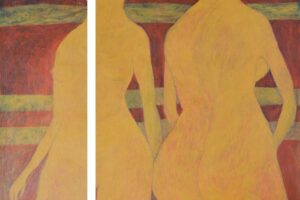 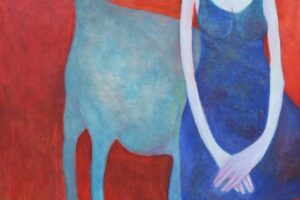 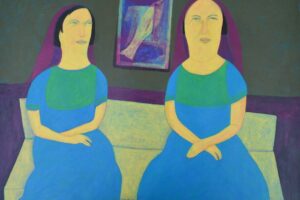 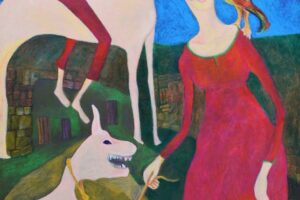 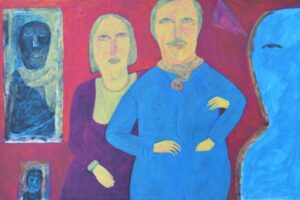 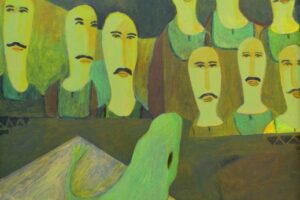 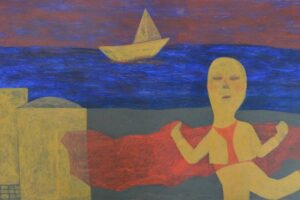