In her recent artwork series titled “Tensegrity”, Ruba Salameh breaks the rules or rather breaks free from the authority of the art form. Salameh builds concrete structures of abstract arrangements compromised of geometrical shapes using cold pastel colors and distributing the shapes carefully and minimally on the canvas. Yet, this monotonous harmony is disrupted suddenly and in a rather unexpected way. Salameh discretely introduces hordes of small chaotic ants crawling about in curiosity, assembling around the shapes as if trying to jointly carry them away. They gather in the corners as if stuck in search for their nest or are scattering around in conflicting paths.

Perhaps ants’ existence amongst a group of geometrical shapes in an artwork is a form of rebellion towards the traditional rules of art, as their presence transcends being part of the aesthetics and brings attention to these creatures’ pervasive organic ubiquity.

In a sense, one can feel these ants as an extraterrestrial element imposed on the artworks to disrupt the neat symmetrical aesthetic arrangement, although as organic creatures of the earth their presence on a piece of natural linen canvas shouldn’t be viewed as disruptive. Salameh plays on this contradiction consciously, putting ants in the center of attention, despite their discrete existence on the canvas similar to their organic discrete survival on earth.

The artworks bring to mind a striking similarity of the notion of resilience of an indigenous population in a situation where their own living space diminishes continuously as a result of an incessant expanding domination by a colonial power. Slowly and discretely, the indigenous population daily motions transform to a form of disruption to the supremacy of the dominant power.

“Tensegrity” is a representation of the disruption actions created by indigenous populations in rebellion towards external powers subjugation and attempts of consistent erasure. Even though this erasure might happen in a setup that unaware viewers might find pleasing from afar. 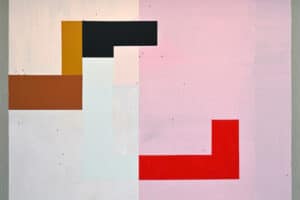 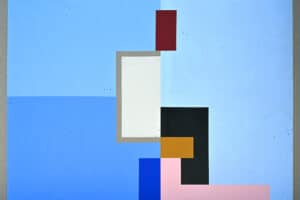 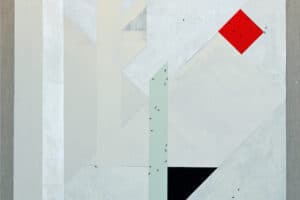 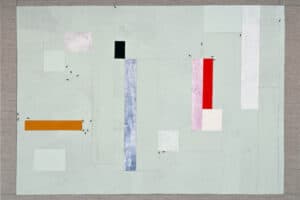 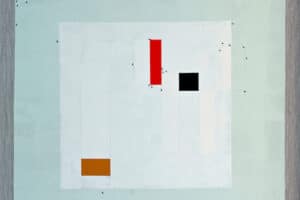 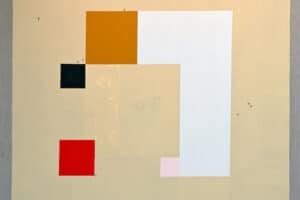 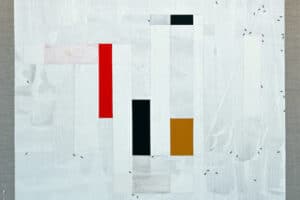 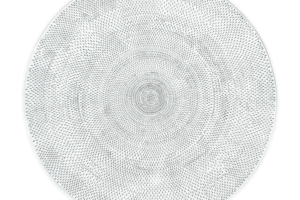 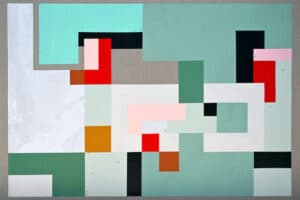 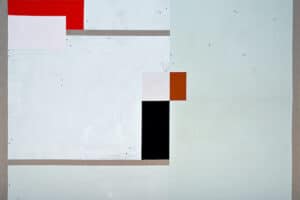 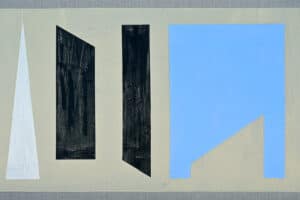 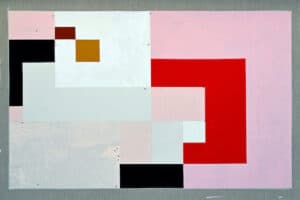