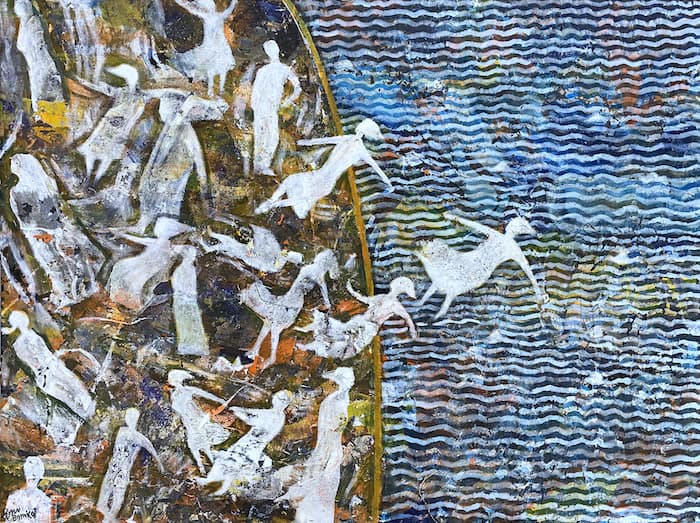 This is not an ordinary sea; this is a shoreless sea. Here swimming doesn’t end, and drowning is possible as well as separation from loved ones. Waves rise and clash fiercely, helicopters pass over boats, and refugees flee from bloody wars. Stolen intimate moments amid an atmosphere full of panic and hope is still possible.

In Shoreless Sea, Tayseer Barakat’s works manifest as an account on refugees’ desperate journeys to cross the Mediterranean to Europe in search for a normal life.  For Barakat, the Mediterranean was part of his life; he himself is a refugee who lived near the shores of Gaza as a child and by the shores of Alexandria as an undergraduate student. Yet, the Sea become colder since then. It also became merciless, and its appetite grew stronger. Suddenly, it hid its beaches, leaving people on board to wander in desperate search of ways to escape.

The drawing technique Barakat uses creates a real feeling of moving waves, turbulent water, and an alive sea. Looking closely, one could imagine Poseidon, the Greek god of the Sea, steering sea storms and creating enormous waves across the surface. One can even feel him breathing from under the waters through the lungs of hundreds of refugees who lost their lives drowning in the depths.

A boat throws those on board in the sea, souls flying in the skies, rescue missions, a mother holding her children tightly, two lovers, border patrols, a helicopter flying overheads … heroic journeys culminate in a line of detained refugees walking to an unknown destination… one can also imagine what looks like ceremonial rituals with the participation of the few who managed to pass all the obstacles on the way.

In a series of large paintings titled “Separation,” the color white dominates, reflecting the coldness of the sea and the world’s indifference to the refugees’ plight. In one painting, two figures appear from the sides of one painting separated by a vast area of white. In another, sea foam takes the form of unspoken words of those who perished in the sea… farewells in moments of forced separation and survivors searching for what remains. In the midst of all of this, women are the focal point in these scenes; a woman puts her hands behind her back in a state of waiting and anticipation, and another colored in orange attempts to break the coldness of the white surface with the warmth of her flying body; a bride stands near the sea, and another looks into a mirror, is she the next sacrifice to sate the god of the sea? 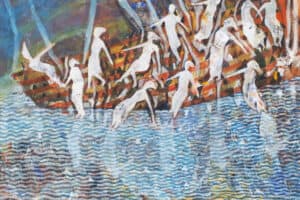 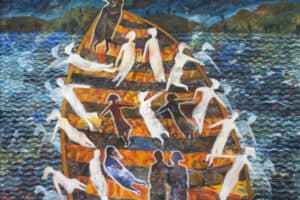 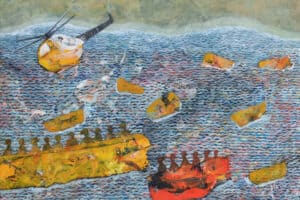 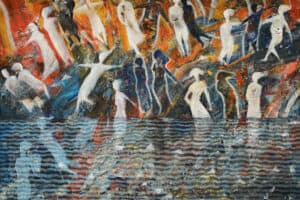 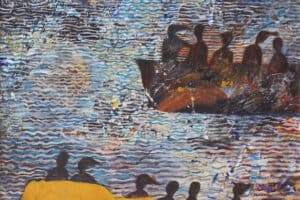 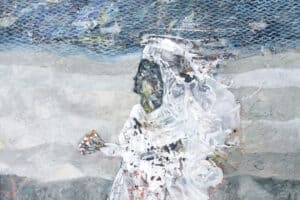 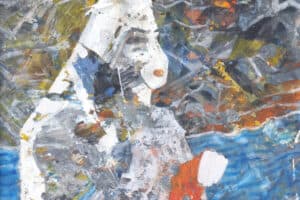 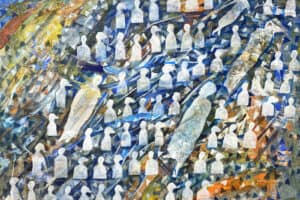 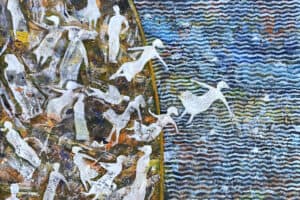 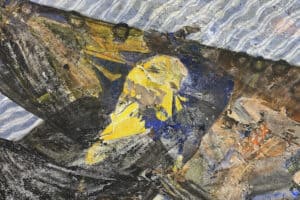 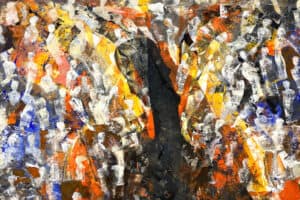 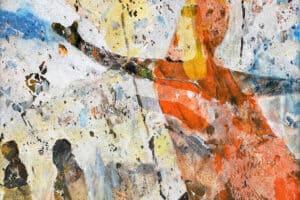