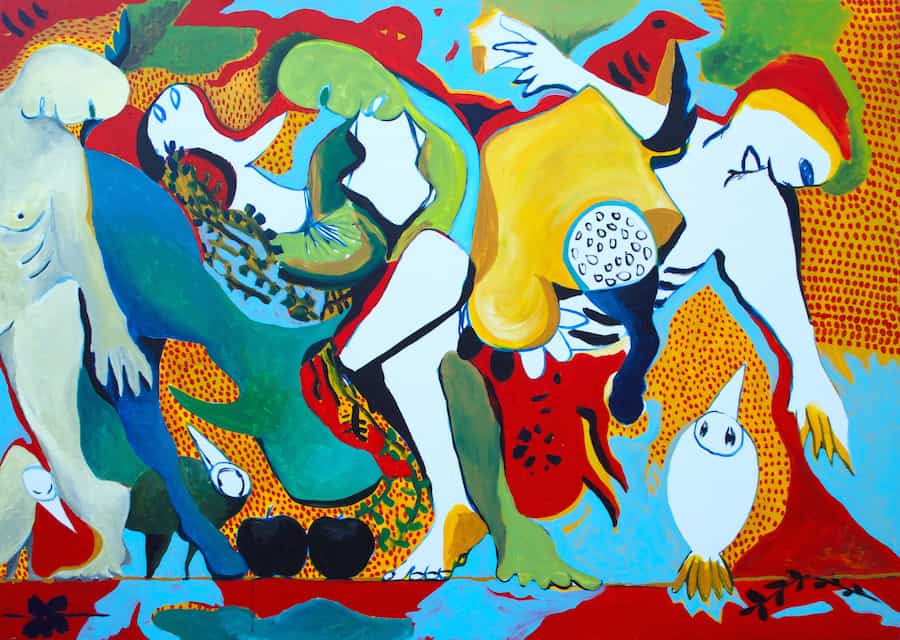 Karim Abu Shakra’s most recent collection is a remarkable series of paintings that combine and transform recurring images from his previous work in ways that are vividly colorful and surreal but sometimes disturbing. Animals, plants, and birds are layered and merged into what resemble hybrid, many-eyed creatures, their strange new shapes unfolding across the canvases in the chaos of awkward, even painful contortions.

Abu Shakra’s style is eclectic, his bright acrylic canvases seeming to draw inspiration from variants of cubism and surrealism as well as from elements of the folk art favored by many of his Palestinian contemporaries, including his late uncle Assem Abu Shakra, named by the artist as a key influence. The paintings also differ considerably from one another: in each piece, the artist’s hybrid beasts move not only through new bodily configurations but also through new experiments with pattern and paint.

According to the artist himself, this particular series ‘manifests’ images and symbols of the animal as a means of apprehending the limits of the human, and the humane, in our time. As such, in some images, animals and humans appear in symbiotic harmony, turning to one another for affection, and almost blending together in the painted space of the canvases. In others, however, their relationship is stranger. A minutely drawn fish floats above a pensive man, asking whether the blue that washes the image is sea or sky, and rendering his stoicism faintly absurd; fierce, cubic cockerel struts in disjointed perspective above flat women with hoof-hands and starkly weeping faces. Throughout, the human is in some way outdone, undone, by the onslaught of animal figures.

Animals are not; however, the only symbols put to work in these paintings. Abu Shakra also writes that these images constitute a response to the lived realities of his everyday life, and in particular, to collective experiences of suffering and hardship. On one level, therefore, it is not surprising to see here certain well-worn motifs, even clichés, of the Palestinian symbolic repertoire: the dove, the cactus, the olive branch. And yet somehow, Abu Shakra makes it surprising: cacti are given beady bird eyes with which to gaze at a floating whale; olive branches perch cheerily on the wings of cactus-cockatoos or eerily pattern a landscape of horns and eyes. It is perhaps in this furious reworking of the clichés of suffering that the power of Abu Shakra’s paintings is most potent. By renewing these symbols with absurd and monstrous creativity, they refuse familiar narratives of pain and endurance and demand a new way of being.

Born in Umm al-Fahm in 1982, Karim Abu Shakra was raised in a family renowned for its passion for art and creativity. He was especially influenced by the artwork of his late uncle, Assem Abu Shakra, who continuously supported his passion for art and his talent. Abu Shakra’s work is inspired by bits and pieces and fragments of his childhood memories, which reflect his deep connection with nature and his surroundings.

Karim Abu Shakra has participated in several groups and solo exhibitions in Palestine and internationally. Some of his solo exhibitions include The Endurance of Cactus at Gallery One, Ramallah (2015); Unity of Man Nature and Animal at Umm al-Fahm Art Gallery (2015); Childhood Memories at Jaffa Saloon of Palestine Art (2012); Black and White at the Palestinian National Theatre, Jerusalem (2009), among many others. In addition, he has participated in many group exhibitions such as Faces… a glimpse in time, at Palestinian Art Court al Housh in East Jerusalem (2014); Ostraka Symposiums, Sharm Al- Sheikh, Egypt (2011), and Etre Né(e) Nu(e)/DESIdeRata, Memory of the Future, Paris, France (2008). 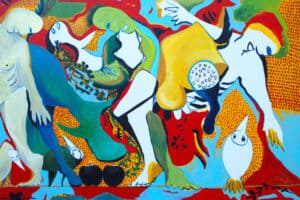 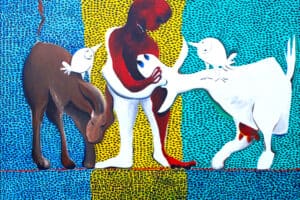 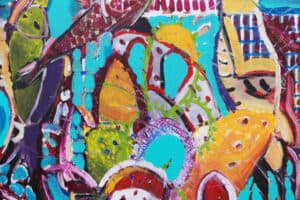 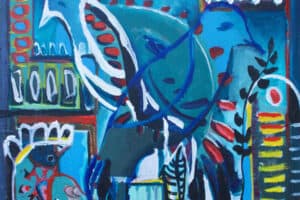 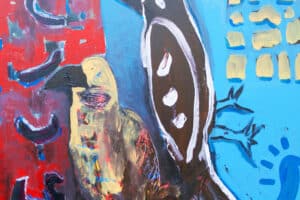 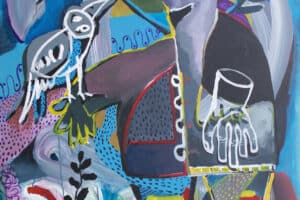 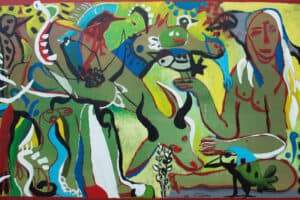 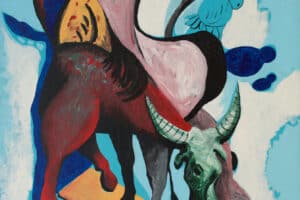