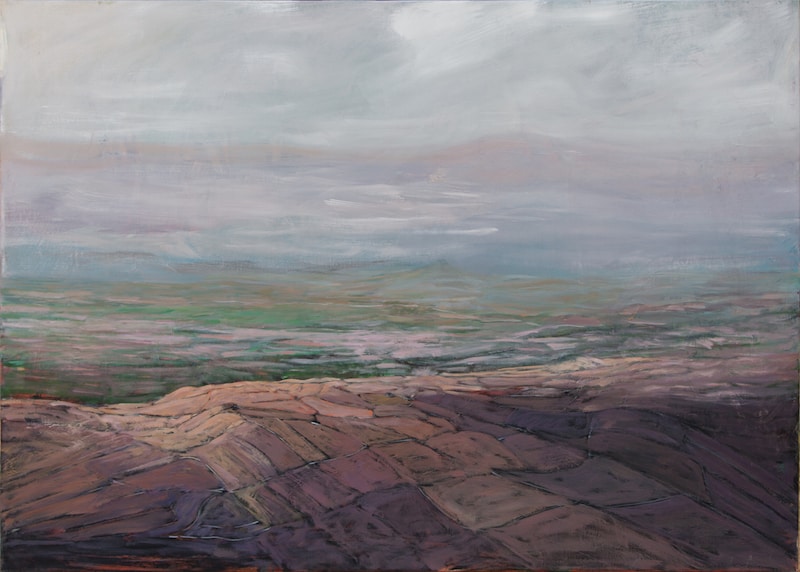 In the history of art, whether western or eastern and especially for its painters, the ‘landscape’ has been a subject in some form since a brush was first applied to a surface to make a ‘picture.’ The painters’ intentions, however, were rarely to simply observe and celebrate nature’s wonders, and in Palestine, to paint the ‘landscape’ means engaging with much more than a simple observation of natural beauty.

In another letter, Van Gogh writes of being “quite absorbed in the immense plain with wheat fields against the hills, boundless as a sea” near the town of Auvers in northern France, where he was living. Rafat Asad, in this new series of paintings, has also been absorbed in an immense plain, the wide fertile valley of Marj Ibn Amer that lies between the hills of Galilee in the north and the Nablus hills and the area around Jenin in the south. It is a landscape the artist has been familiar with looking at for much of his life.

Yet the boundary-less infinity of space and sky that is conveyed in these paintings hovers over a site of division. The 1949 Green Line, and now the separation-walled northern ‘border’ of the West Bank, cut right through the valley, resulting in the creation of an unattainable landscape the artist can only experience as a vista to a far horizon.

Conscious of identifying with the land and its meanings since he was a child and a young student of art, Rafat shows us in these recent paintings a unique and personal interpretation of engaging with the idea of ‘landscape’ and makes subtle reference to the fragmentation of Palestine. The colours, space, and light in these spectacular vistas dissolve into the atmospheric haze; there is a dizzying sweep over the land to the distant horizons, a sense of space and altitude that seems to invite us to take flight over the fields below. In the West Bank hills, there are other locations where the vistas across open space have led to them becoming iconic sites of significance. Looking west from certain places in Ramallah on a clear day, the glitter of the Mediterranean can be seen, only a short drive away but unattainable to most; the village of Al Ubeidiya, near Bethlehem, is now the only place where many Palestinians can see Jerusalem and the Dome of the Rock glinting in the sun. Looking across Marj Ibn Amer, we look to the north and the usurpation of its fertile agricultural land.

Rafat’s paintings are deceptive in their apparent celebration of light and air, the colours of the seasons, the patterns of the fields, the gentle slopes of the hills, and the edgelands where town meets field; they hide more than they reveal. They are not painted en Plein air as Van Gogh did, and if the separation wall is visible in any of these actual views, the artist has not included it. They are an amalgam of the artist’s imagination and memory with the art of painting and the illusionary but liberating space it can so brilliantly create.

Rafat Asad was born in Nablus in 1974 and was awarded a bachelor’s degree in fine art from Al Najah University in 1998. Although he is a multi-disciplinary artist- producing sound and light installations, video, and performances- Asad describes himself as a painter first and foremost. Starting as an abstract painter, his work has evolved to focus on the Palestinian Landscape. This had made his recent work unique, brilliant, and somewhat “reductionist” in style. He has participated in group exhibitions in Palestine, Europe, Japan, the US, and the Arab world. Asad’s works have been shown in three Solo Exhibitions at a variety of venues, including Nablus (1999), Ramallah (2006), and London (2006). 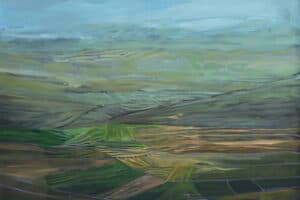 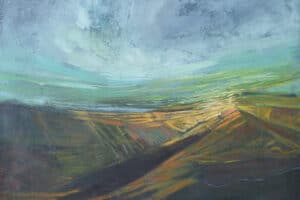 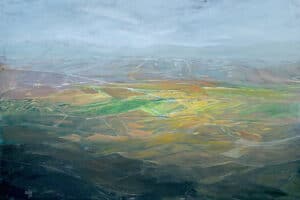 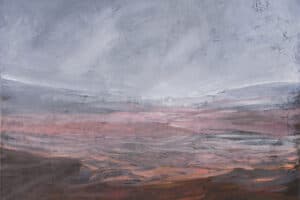 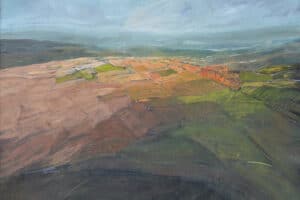 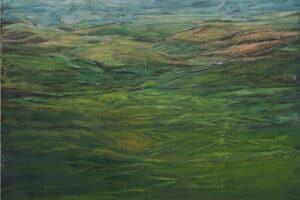 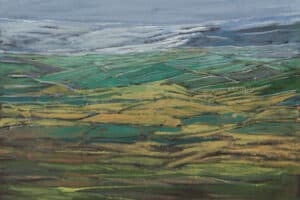 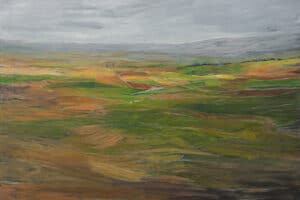 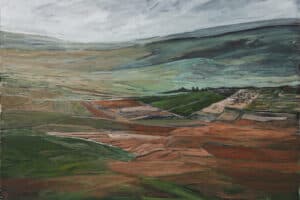 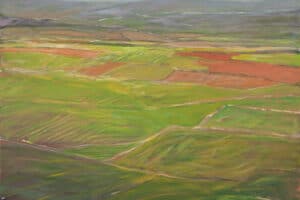 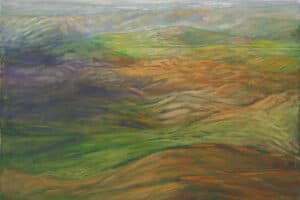 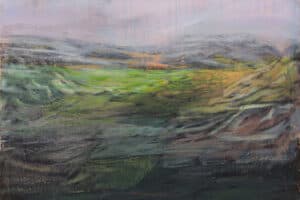 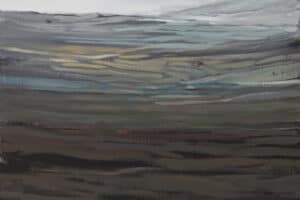 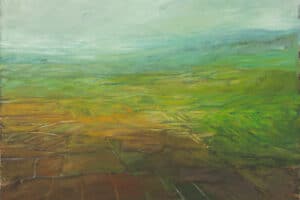 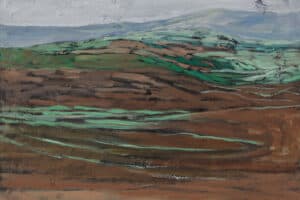 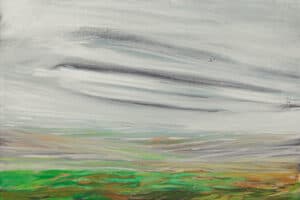 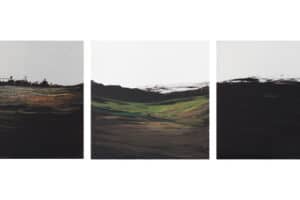 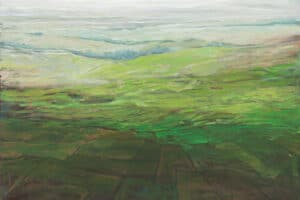 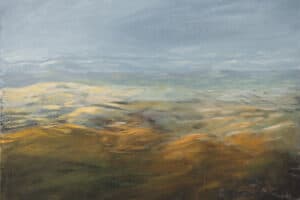 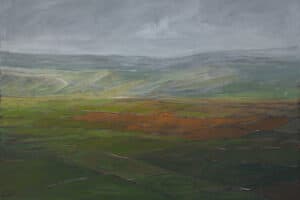 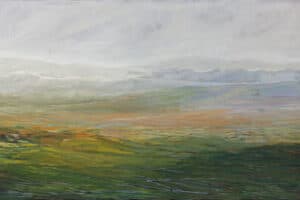 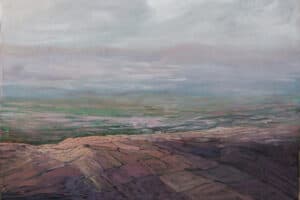 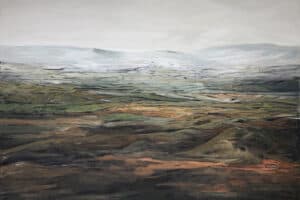 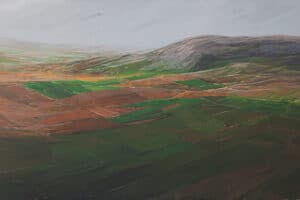