They materialise, and melt away. People painted in the light of the heat. The landscape reflects their dreams, their strong faces. Their features are familiar but as they are foreign, universal. They embody the universe. Humans resonate with the whole of the cosmos: a stroke of blue becomes the seductive eye of a young lady; red orange is the colour of the sky and of a woman’s skin at sunset. The painter strikes a chord, and a whole world emerges.

This is what Shafik Radwan’s paintings are: emergences, in its double meaning of coming into being and of emergency. At the same time illuminations and burning questions, Radwan’s paintings express, in vivid colours, the urgency that has generated them. On the one hand, there is the accumulation of painterly gestures and the coagulation of lines and colours through which a painting comes into being; on the other hand, there is the artist’s desire to be close to the people he loves through a creative gesture. By painting their faces, the artist can meet them in the space of the canvas, where aesthetic values, personal stories and social and political concerns coalesce. In Radwan’s paintings this urgency is formally rendered through thick lines of colours that often seem to dash off, swerve, and fly. In these moments, a face, a hand, an eye or a smile unexpectedly re-surface on the canvas.

Each of Radwan’s painting is a wish; dedicated to the people he loves. Maram is the name of the artist’s youngest daughter, who he has not seen for a long time. Maram is also the title of the exhibition, which continues the artist’s research into the mysteries of human nature, the effect of human ideology on society and the role of art as means of political struggle. In Radwan’s paintings, the personal and the political overlap: there is something of Maram the daughter in many of the depicted faces, and there is hope in the many faces of the people occupying the imaginary of the paintings.

Shafik Radwan’s paintings are by no means idyllic fantasies of escape or reconciliation. Instead, the artist paints, with exquisite precision, the reality of his surrounding: men and women, elderly and children are depicted in moments of happiness and sadness, optimism and pessimism. They are no projection of the artist’s desire for a different reality, on the contrary, and with their sheer presence, they express the infinite potential of the actual; the characters inhabiting Radwan’s paintings are in and of the present, a present that, however, can never fully be grasped. Yet, the artist does not surrender to what announces itself as impossibility. To be in the present, one has to learn to read its signs. The artist takes this risk. In Radwan’s paintings a smile, a sunset, a flag, a hug, or a face speaks of the people’s shared hopes, desires, or disenchantment. And, painting becomes the medium that renders a troubled conviviality tangible. 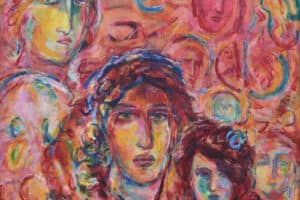 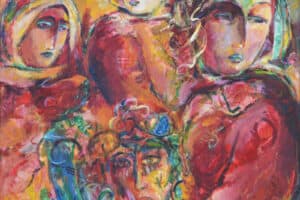 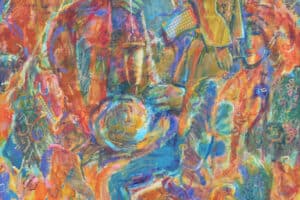 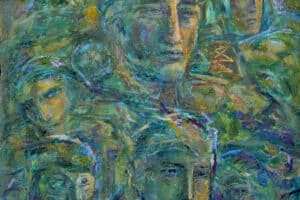 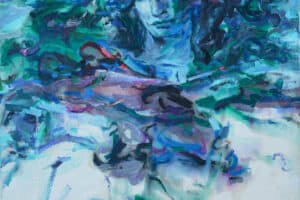 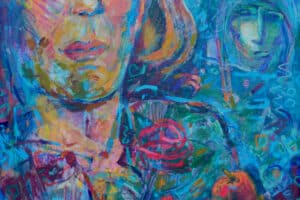 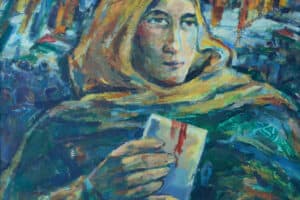 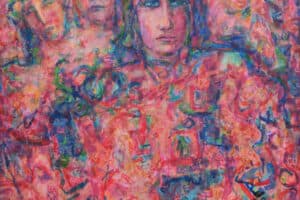 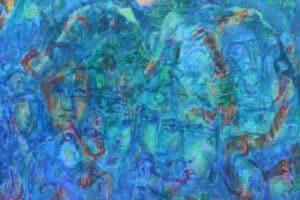 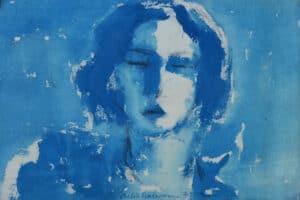 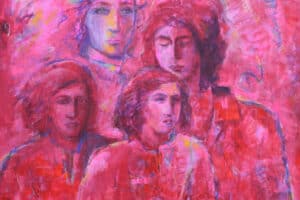 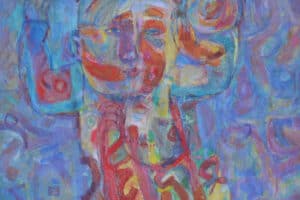 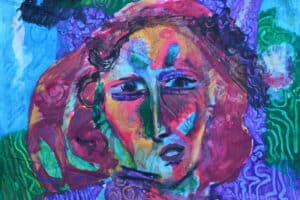 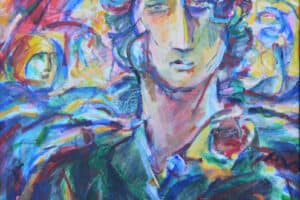 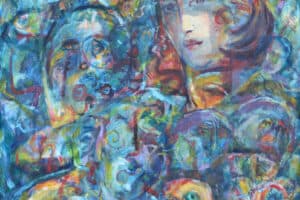 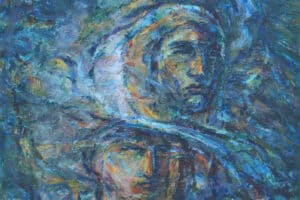 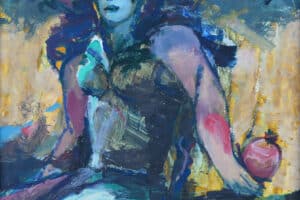 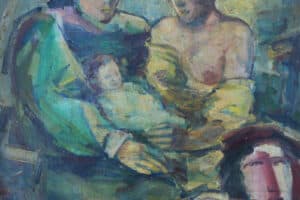 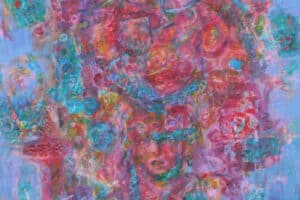 Maram 3 exhibition summarises my excessive research into humans and the way humans influence my art. Unintentionally, my paintings end up with different faces each time, every face tells a different story. Random human faces embody and inhabit my artworks for no obvious reason. Is it because life is about humans after all? Is it because humans are the source of happiness, sadness, optimism, pessimism, laughters and tears? How is our conscious affected by humans and faces throughout our journeys and through life?

Maram 3 is an extended experiment of my previous exhibitions and focuses on looking for more answers.

Shafik Radwan is a Palestinian artist and graphic designer, who lives and works in Gaza. He was born in the village of Najd, northern of Gaza Strip in 1941. He received his BA degree in Graphic Design from Helwan University in Cairo in 1959 and completed his PHD in Art Critic from Surikov Art Institute in Moscow in 1989.

His art was displayed in a number of solo and group exhibitions locally and internationally and are part of the permanent collections of both Baghdad Museum of Modern Art and Moscow State Museum of Oriental Art.
Radwan taught Arts in Libya, Sudan and Palestine and published many articles and papers. He was the Director of the Fine Arts Department in the Palestinian Ministry of Culture, the Head of the Fine Arts Department at Derna University in Libya and the Dean of Fine Arts Faculty at Al-Aqsa University in Gaza.