Ibrahim Nubani is an artist whose work has been strongly linked to themes of trauma and therapy, his paintings called “schizophrenic” in their attempts to wrestle with the contradictions and alienations of his own dual Palestinian-Israeli identity. Certainly, these works have a frenetic, even neurotic quality: thick black geometric patterns repeat across often chaotic and colorful canvases, and the weighty symbolism of eyes, trees, and prison bars is everywhere, alongside more mundane images. Nubani himself insists that his abstract works have no documentary intent: their politics lies in their capacity to gesture towards the possibility of liberation beyond the figurative. Yet the paintings are also palimpsests, whose visible layers record the process of their own production: the bright colors beneath, and all their meanings, are not effaced by the symbols on top but cluster around, and in places overcome, them. Dreams, according to Freud, are always palimpsests; it is the dreamlike (or nightmarish) qualities of Nubani’s works that shine through most clearly, perhaps most of all in the ways they challenge interpretation.

Ibrahim Nubani was born in Acre (1961) and studied art at Bezalel, the Academy of Art and Design in Jerusalem. He lives and works in the village of Makr in the Galilee. Nubani is perceived as a controversial artist who defies the colonialist Israeli system. His father grew up in Haifa, and after the Nakba was forced to abandon his home and move to Acre to settle there. In Nubani’s creations, abstraction is not only a “condensation,” it is also an attempt to distance himself from the approach that constitutes a report or documentation in order to reach the heart of an idea or its essence. He aims to express soulful and spiritual energy, which is the artistic parallel to freedom and liberation. Nubani has held a number of solo and group exhibitions locally and internationally. 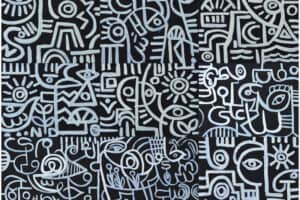 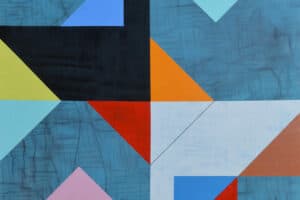 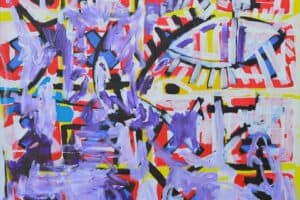 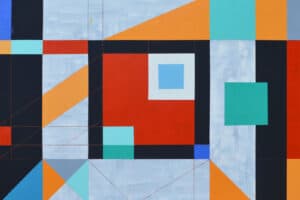 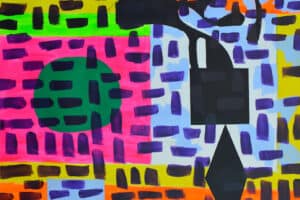